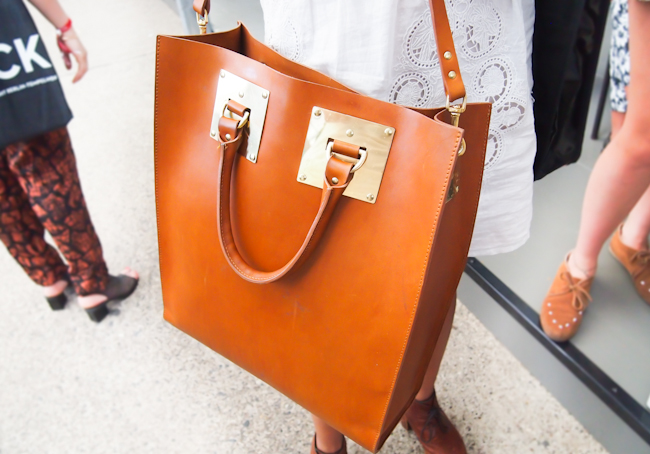 Bag by Sophie Hulme, the new It Bag! I saw it so many times on the fair but also on Berlin Fashion Week! 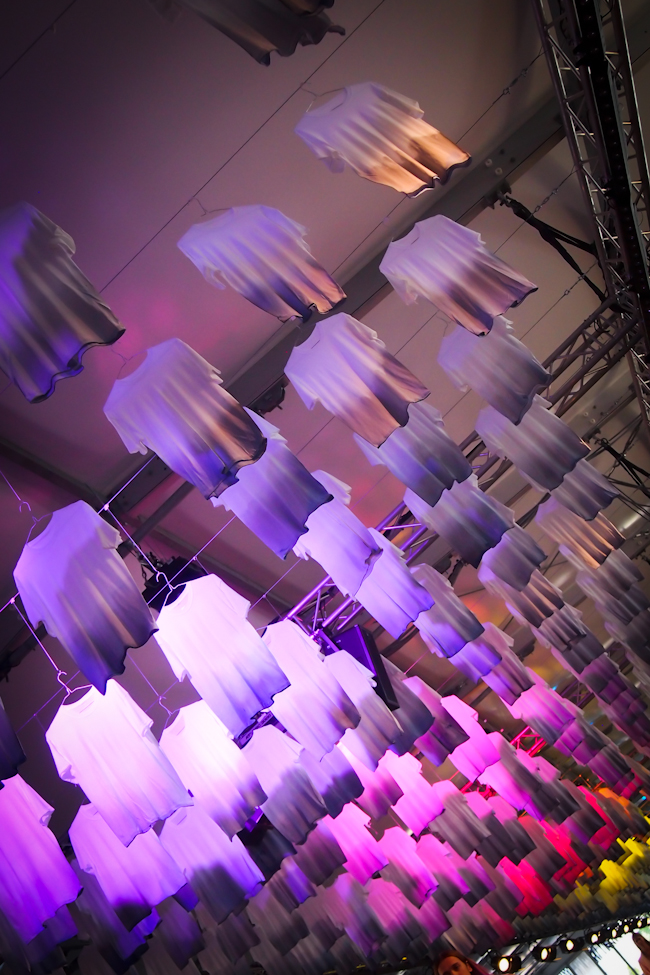 The ombre dip dye look won’t die out, even if it is just for decoration purposes 🙂 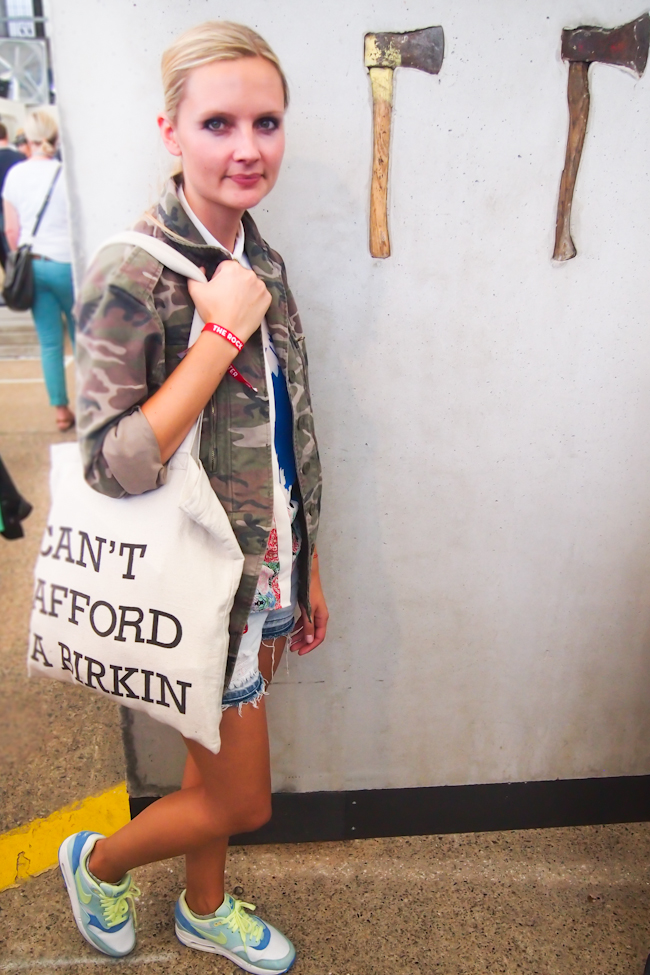 My favorite new It Bag, gotta get that one! Love the humour and the reality of it 🙂 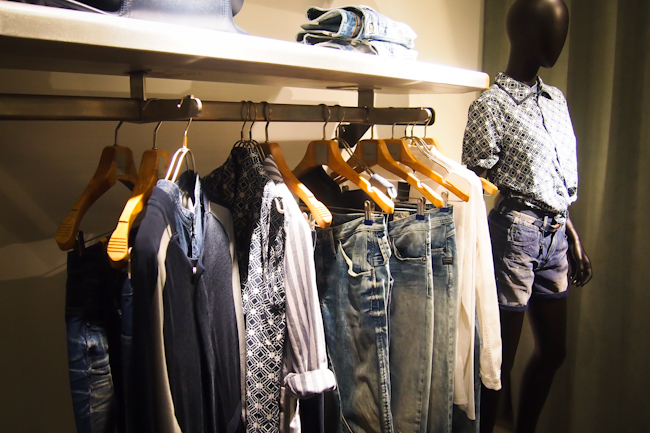 In the G-Star booth. I did not take so many pictures on the booths in general because the exhibitors didn’t allow it or didn’t like it or asked right away who I was and they weren’t satisfied or happy by the answer that I am a blogger. 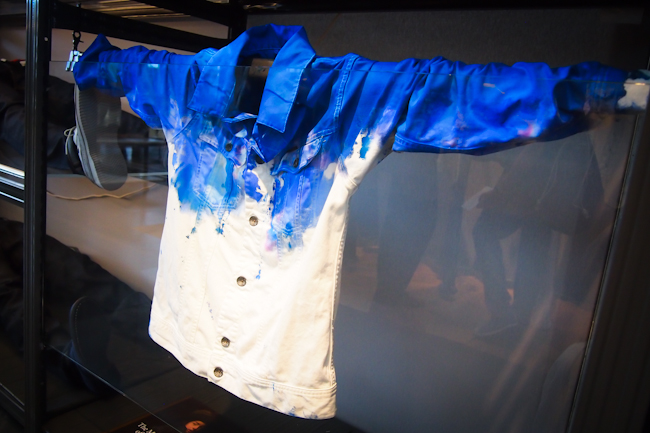 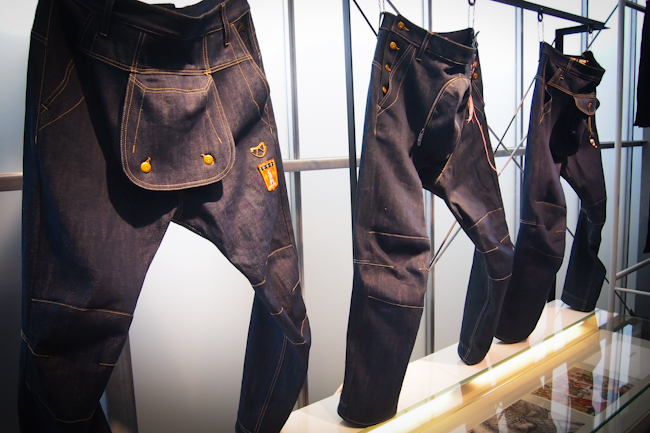 Mens G-Star Jeans, Jesse didn’t like those when I showed him the pictures 😉 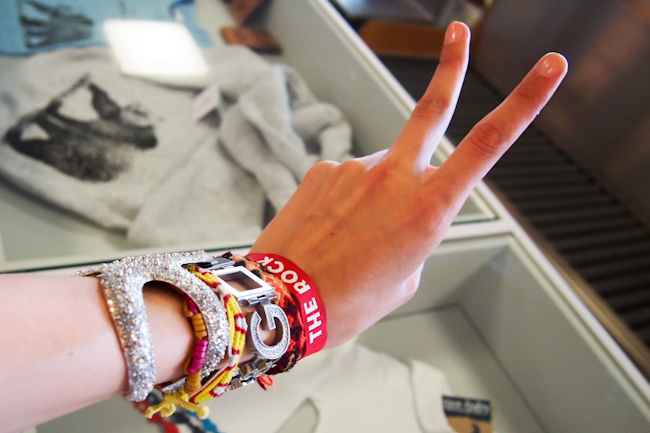 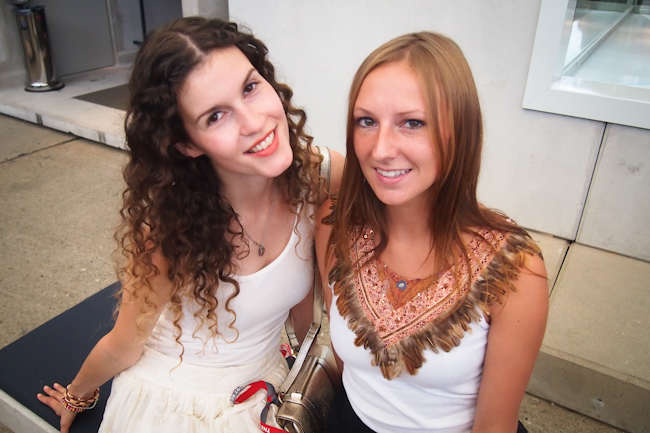 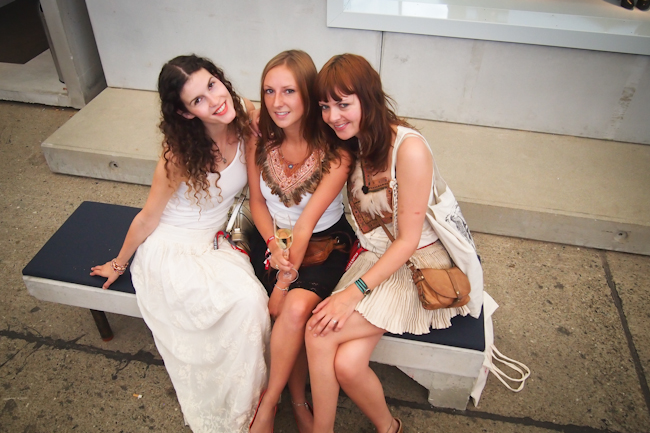 I, Babsi and Bar, both of them in Chilimint clothes! 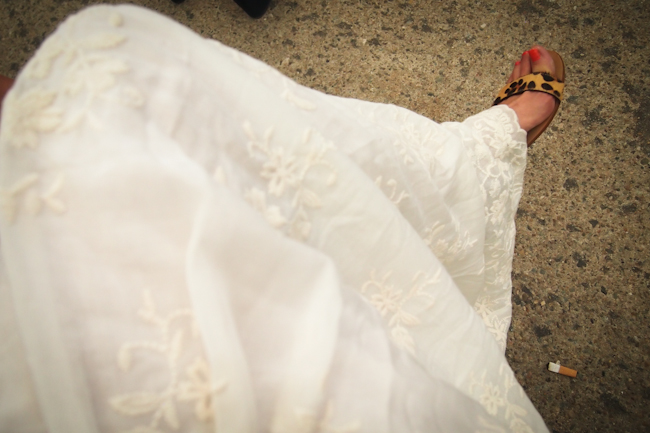 My outfit for the day: A simple white wife beater, a gorgeous long bridal like Zara skirt (an early birthday gift from Jesse) and comfortable flats, also by Zara. A better outfit picture will follow soon! See the cigarette on the floor? In Germany you are allowed to smoke in so many places, even in the G-Star booth. I hate that! 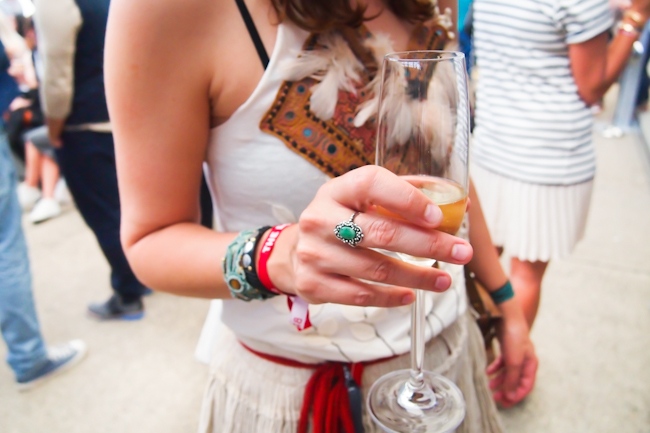 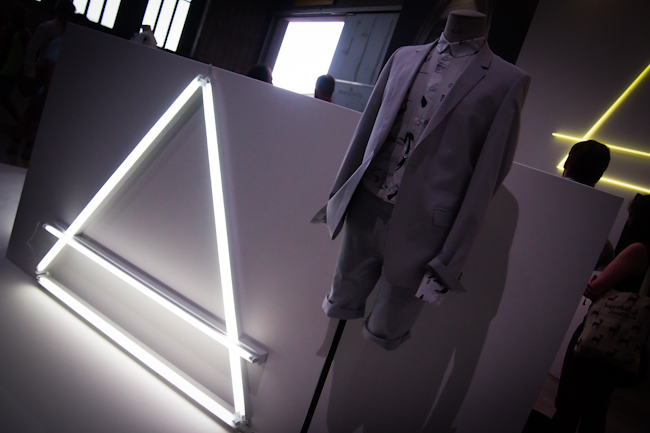 Loved all the designs by Eleven Paris. Again no pictures allowed on the booth but my tip is to watch our for their new collection!
And another jaw dropper was the new Maison Scotch collection (the women clothing line by Scotch and Soda). Photos were strictly forbidden and there were security guards at every corner, but no wonder. The collection was amazing and they were probably scared that people would steal their ideas. It was already a pain to be allowed to go on the booth. I spotted lots of pattern mixes on single items, for example a striped blazer with aztek pattern details sewed on.
Another tip: watch out for the new 7 for all Mankind collection. They have great new pearl shine effect jeans that drew my attention! Sometimes it’s hard to spot something new and innovative and this design was one of those new creative ideas (again, unfortunately photos not allowed).

All in all I was not so impressed by the big brands, more by the little booths. Next time though I will try to write to more designers in advance and ask them to tell me a bit more about their collections. Because when I talked to some of the staff on the booths they were not really helpful and I was not allowed to take any pictures (bad as a blogger) and by the end I just didn’t ask any questions as the feedback was not so friendly in general and I got shy. Next time I will prepare better!

Have a great day, hope you enjoy!
Bisous,
Mia

follow me with bloglovin’
*Dieser Post kann Affiliate Links beinhalten. Was das bedeutet erfährst du hier!
*This blogpost may contain affiliate links. You can learn more about what that means here!
Previous Article 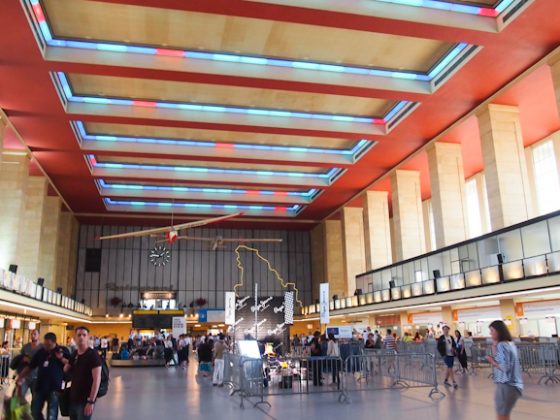 Bread and Butter – the location 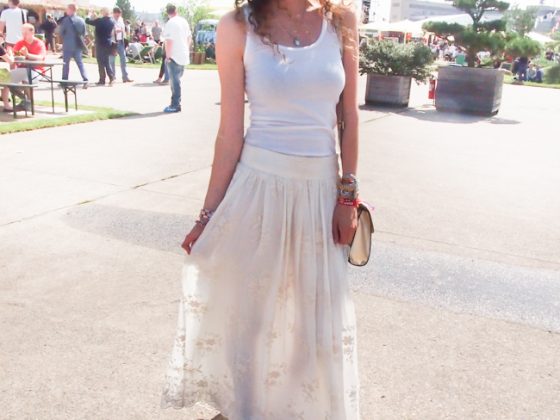 Bread and Butter – my outfit 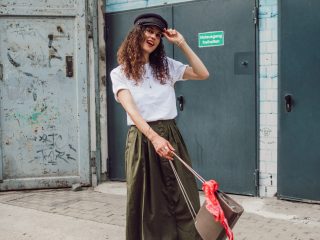 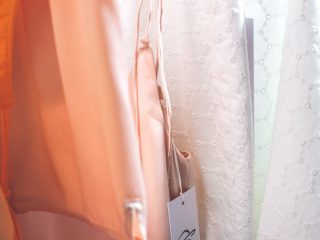 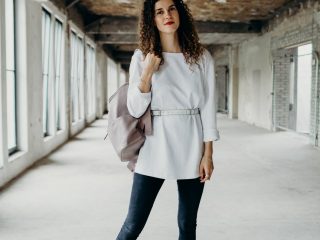 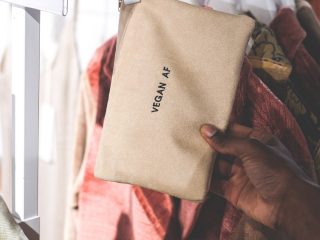 Green Showroom: My 5 Discoveries
from The Ethical Fashion Week Berlin 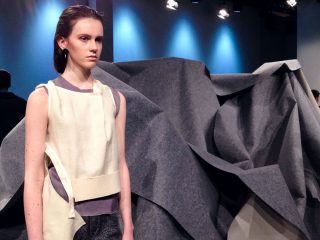 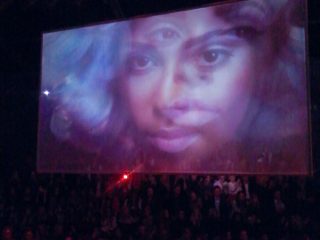 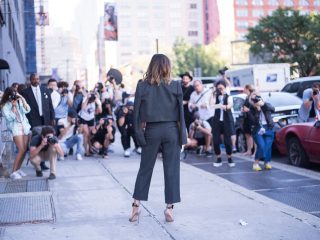 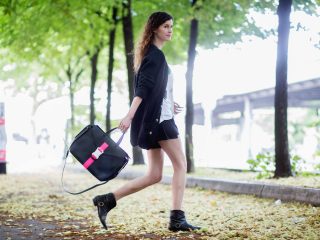